From an early age I can always remember a keyboard below my fingers and a DOS command at my eyes. Computers have always captured my attention and there is no sight of that changing any time soon. My fascination with computers led me into my love of video games which then took me down the path of becoming a programmer.

The first time I played with any bit of code was a platformer game written in BASIC and the character was represented by a single ‘@’ symbol. I stumbled across the source files and realized that I was looking behind the curtain of what made those black and white pixels flicker on my screen to make a game. I poked around in the code to customize the levels and what ASCII characters represented the game’s characters.

Fast forward some time and I had a copy of Duke Nukem 3D before any kid my age should have a copy of it. I quickly was enthralled by the simulated 3D graphics including the gameplay that allowed you to interact with nearly everything in the world. I didn’t have many computer games that could hold my attention like Duke so I ended up scouring the file system until I came across Build.exe which was the editor for Duke Nukem 3D. After customizing the game, I knew this is what I wanted to do for a living! Move the clock forward a bunch of years and I did just that.

I, along with some friends of mine, formed my own game studio High Tale Studios in 2012. Over the years we have created our own IP and released games on a plethora of platforms. Our first title ZomNomNom was a zombie shooter where you, a receptionist for ViroCorp, must fight your way through energy-drink fueled zombies. The game was built around the touch-screen experience and because of that we launched it on iOS and Android. Our next IP, Acorn Assault, was about squirrels fighting in their own version of the French Revolution. Three titles have been released under that IP including an Xbox One title and a Gear VR game.

As I move forward in my career, I aim to improve the game industry that helped form who I am.

Acorn Assault: Rodent Revolution is a game that explores the French Revolution if only it had happened in the squirrel kingdom. Squirrels adorned in coats and powdered wigs wage war to fight an unjust king and his men. The game has been released on Xbox One, PC and Mac.

I perhaps had the largest role on AA:RR in comparison to all other games that I have shipped. All art you see in the game has at the very least gone through my hands where I either modeled the piece from scratched or customized purchased assets to fit the theme of the game. I also wrote much of the game logic from scratch including the game board and how it interacts with characters. In fact, I have touched all aspects of this game from concepting to developing to releasing.

This project was easily my favorite project to work on, and, while frustrating at times, it is by far the most rewarding project. 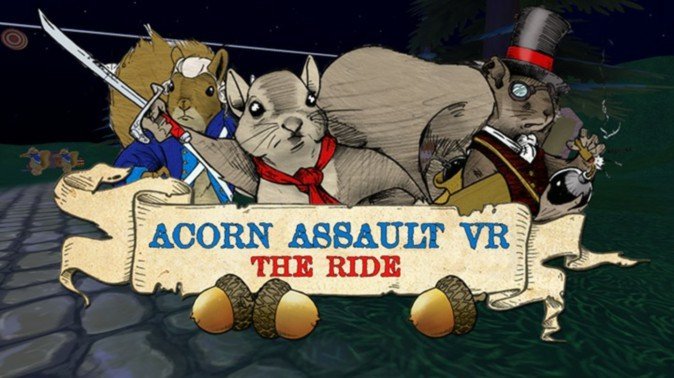 Acorn Assault VR: The Ride is a small yet fun VR game where you attack wooden cutouts of the enemies of Rodent Revolution.

This was a project lead by my friend and High Tale Studios co-founder Amish Patel. I helped with optimization and miscellaneous tasks.

ZomNomNom is the first full game shipped by me and the team at High Tale Studios. You play as a receptionist from ViroCorp that is fighting to survive her company’s failure of a project that turned energy drinking gamers into a mindless zombie horde.

The team and I designed the gameplay to be built around the unique form-factor and input of mobile phones. We like to call it a frantic tap-to-shoot mechanism that was unlike anything else that was out there in the market at that time.

My responsibilities on this project was mostly regulated to the gameplay code, UI art and implementation as well as some artwork. Of course, being a small shop, I had my hands in every aspect, but those are the ones I spent the most time on. 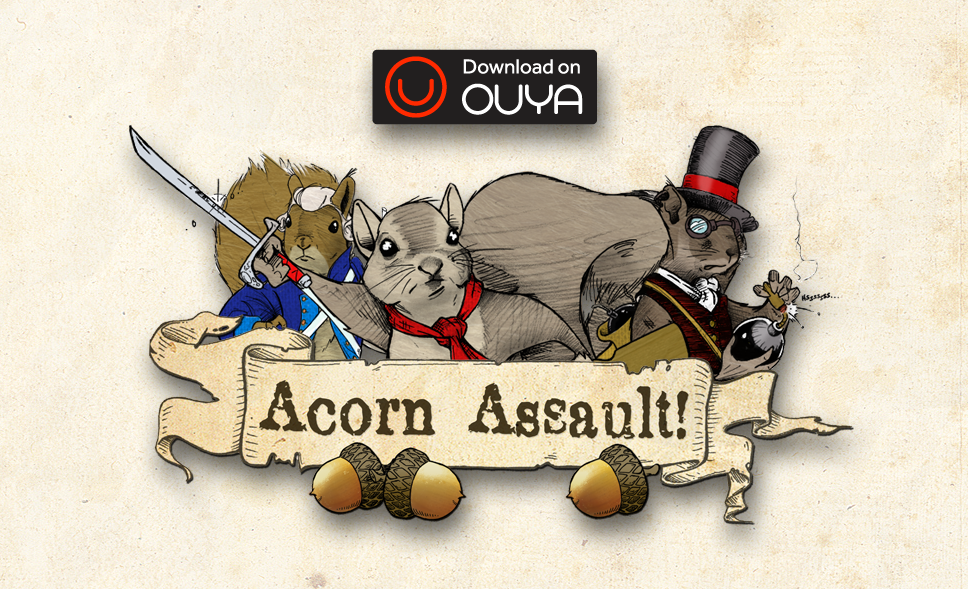 Acorn Assault was the first title in the franchise which debuted on the Ouya and has since been ported to iOS and Android. It is a local multiplayer game with the option to play against the computer. The interest garnered for this title pushed us to create Acorn Assault: Rodent Revolution.

As is the case with most of High Tale Studios projects, I had my hand in everything from concepting to developing to releasing the game. 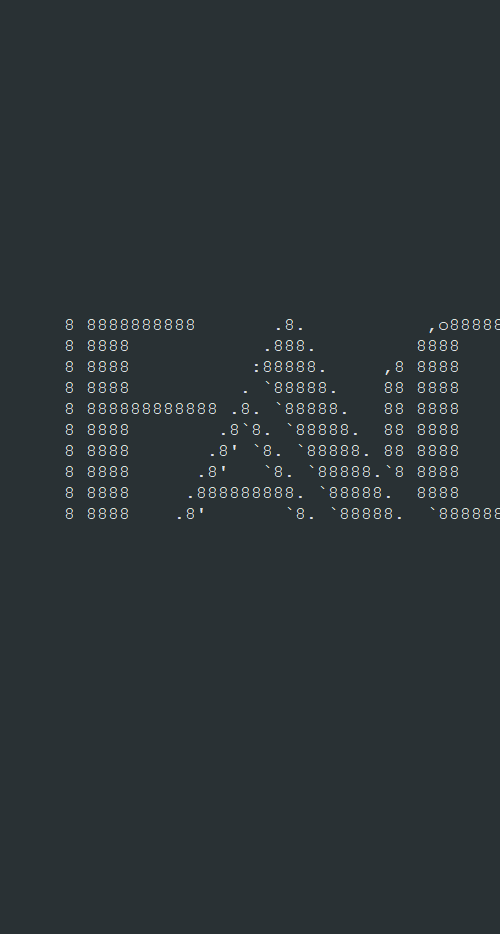 Factories are an extremely useful design pattern in programming. If you do not know what the factory pattern is, it is simply a way for code to generate instances of objects by specifying a unique identifier. In this example, I have chosen to go with a text adventure visit to an eatery with the name of FoodFactory. The player can type in the name of an item they want to order, and the code will generate an instance of that object, call some class member functions, and destroy it. The player does not need to define what a taco is…
Derrick Canfield 4
8

The Derydoca Engine has been in development now for a little over a year and it has come a long way from rendering it's first colorful triangle. It now can render complex scenes, load many file formats, supports GLSL shaders, and even some simple particle systems! This has been a side project of mine that I work on in my spare time. Considering all of that, it has moved at a quick pace. One thing that has taken a back seat in this process was code quality and organization. If you have been following my blog, you will know there…
Derrick Canfield
2 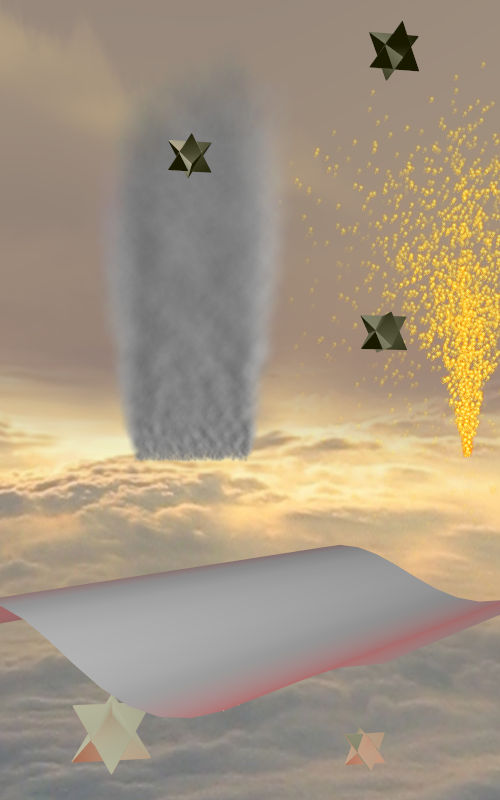 The day has finally come. I have completed the final chapter in OpenGL 4.0 Shading Language Cookbook which explores mesh deformation and particle systems. It was definitely an interesting challenge and has given me the want to create a flexible particle system incorporating all of the things I have learned and more. As always, these examples were developed in my very own game engine (Derydoca Engine). If you want to follow along, the commit hash of the GitHub repository is 0ee6024b54cce60a7850b03f65b499833101200a. Vertex Displacement This exercise takes a mesh and distorts it in the Y direction to move the vertices in…
Derrick Canfield
1 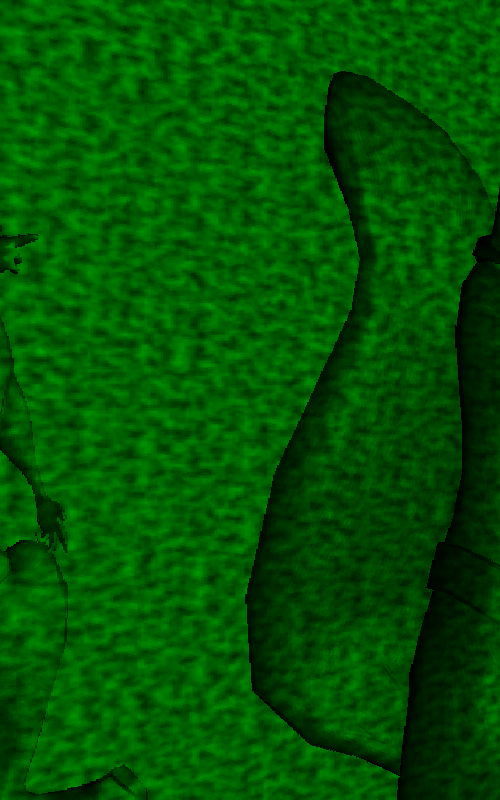 Procedural generation of content has become more and more commonplace in the game industry. You see it in triple-a titles, but it is most easily found in the indie game developer scene. Why is that? It's because you can leverage the strengths of a computer to generate content for you. This chapter of OpenGL 4.0 Shading Language Cookbook digs into some ways you can use procedural perlin noise generation for generating interesting shaders. This book decided to stay away from generating these noise textures in the shaders themselves in favor of generating them on the CPU at start-up time and…
Derrick Canfield
2
Looking for info on my game studio? Go to High Tale Studios